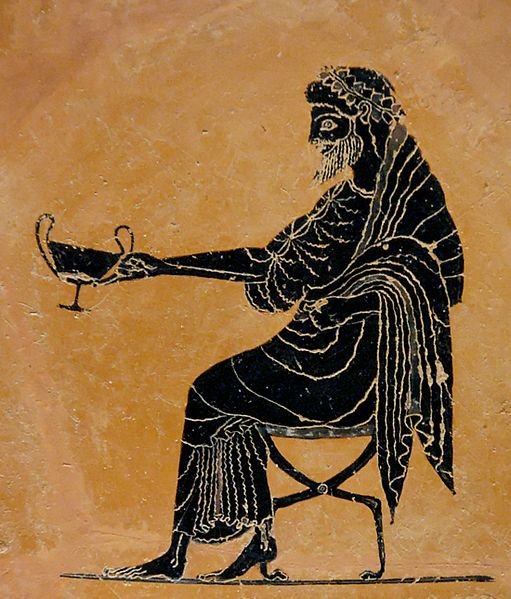 Dionysus was considered one of the main figures when it comes to Greek mythology. He was said to be the son of Zeus and a mortal named Semele who was known as the daughter of Cadmus from Thebes. He was the “God of Wine” and represented the intoxicating power and social influence wine had over people. He is also considered the god of fertility of nature, agriculture and is a supporter of the Greek stage.

Many referred to him as Bacchus and the Liberator because his cult used wine, madness or ecstasy to help a person free themselves from their own self restraints. Dionysus is said to have the ability to “communication between the living and the dead” along with the relationship he is believed to have with the “cult of the souls”. Scholars have spent many hours discussing these beliefs.

Dionysus had a divine mission to eliminate the cares and worries that people have through the use of wine and music. The symbols associated with Dionysus are the grapevine, the toxic ivy plant and the fig. He is associated with centaurs, sileni and satyrs and when you think of the Dionysian-type atmosphere, you think of the ivy, bull and serpent. He is pictured riding in a chariot pulled by panthers and carrying a thyrsus. Many times he is shown wearing leopard skin and riding upon a leopard.

Dionysus is described as having womanly features and his origin is of a “foreign” nature. Greek mythology states that Semele was struck by a lightning bolt sent by Zeus before she gave birth to Dionysus. However, Zeus did rescue the unborn child and allowed him to have a second birth where he developed in his thigh. After Dionysus was born, he was given to nymphs by Zeus to be raised.

There is another version surrounding Dionysus in which he is called Zagreus. In this version he is the son of Zeus and the queen of the underworld, Persephone. The story says that the Titans lured the infant Dionysus to them with toys and then ripped him to pieces and eat everything except for his heart at the request of Hera. It is believed that Rhea, Demeter or Athena saved the heart so Zeus could remake his son. He then implanted him into Semele who gave birth to him, which is why many accounts refer to Dionysus as the God who was “twice born”.

Dionysus is not mentioned in the Homeric epics very often as he appears to have arrived in the Greek world near the end of their times. When he is talked about it is usually in association with horror stories of how he would destroy any that opposed him, especially when he was resisted by the cities he went into. Stories speak of Dionysus returning to Thebes where he was born to punish the women that denied him as being a God.

Dionysus’s cousin Pentheus is the king of Thebes when he returns home and he forbids anyone to worship Dionysus. As a result of this Dionysus lures Pentheus into the wilderness where the Maenads kill him. Maenads are the women that were under the spell of Dionysus who did his bidding. After they killed him his body was mutilated by Agave his mother, who was also under this spell.