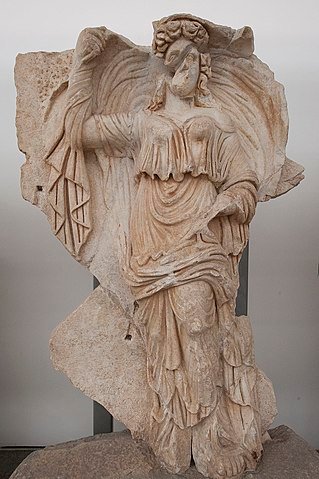 Who was Hemera? In Greek mythology, Hemera was known as the personification of day and one of the Protogenoi or primordial deities. As the tales go, she is the goddess of daytime. According to Hesiod, she is the daughter of Erebos and Nyx (Night). Nyx was the daughter of Chaos and the sister of Erebos. Erebos was considered one of the first beings and lived in Hades. Many stories say that he was a part of Hades itself. It is said that he sprang from Chaos back at the beginning of time.

Daughter to the Famous Erebos

Hemera was the much less often talked about the daughter of this famous Erebos. Erebos’ name was then given to the passageway that the dead must walk when they first die and on their way to the Underworld. Hemera was said to have emerged from Tartarus as Nyx left it. Hemera and her brother Aether (light) had Thalassa, the sea. This is one child known to the Greek goddess of the day, Hemera.

The counterpart to Brother Aether

Hemera was known as the female counterpart of her brother, Aether (Light). The two were also lovers who had children together. Neither Hemera nor Aether was exceptionally mentioned in myth or cult so little is known about them other than the basics. She was greatly overshadowed in Greek mythology and often not really even considered a goddess at all.

Like many other goddesses of the time, Hemera is said to have had children although the accounts of exactly how many and whom they were will vary according to your source of information. The children of Hemera and Aether are listed as Ouranos, Gaia and Thalassa, although some sources only listed Thalassa as their child. Hemera was the Protogenos (primeval goddess) of the day. She was also closely identified with Hera, the queen of heaven and also of Eos, the goddess of the dawn. In some accounts, she was confused with Eos.

Goddess of the Day

Hemera was the goddess of the day. She brightened the dark with her morning greeting over the earth. It is said that every day Hemera would pull back the dark curtains of Erebos and let the light of her brother and mate, Aether shine through. It is not really said what happened to Hemera and little more than this is said about her in the myths.