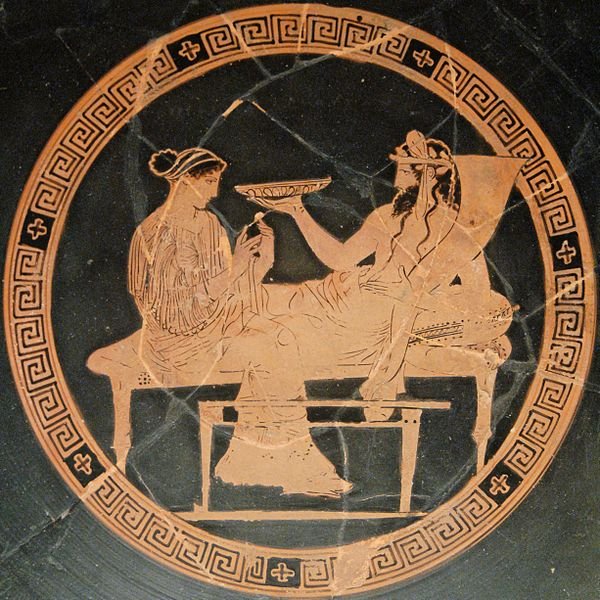 Hades is the son of Cronus and Rhea who were Titans. He is the God of the dead and the brother of Poseidon and Zeus. Hera, Hestia and Demeter were the three sisters of Hades and they were all younger than him. These three male and female children of Cronus and Rhea were called Olympian Gods. The Greek mythology talks about how these three brothers fought and defeated the Titans to lay claim to the universe so they could have control and rule over the sky, seas and even the underworld. This war is believed to have lasted for ten years.

Since Hades is the God of the underworld he has even been referred to as the “grim figure” of death. Hades has also been called Plouto which is a name that is associated with “the rich one” or “the unseen one”. The title of “the rich one” is given to Hades because there are many riches and precious minerals to be found in this realm and Hades was believed to have complete control over these as well as over the souls of the dead. Cerberus, the three-headed dog, cornucopia and sceptre are the symbols of Hades.

Hades used trickery to make Persephone his queen and the story behind this trickery connects the Olympian pantheon with the ancient Eleusinian mysteries. The Greek Mythology portrays Hades as a passive God that maintained the balance of life and death in the universe. He was not considered evil as the modern-day world views Hades.

However he is portrayed, there is no mistake that he was the ruler of the underworld and the dead. He did have assistants that worked under him and he had complete authority over them. No one could leave his domain and if they tried he would deal with them very severely. His terrible wrath would show when someone tired to cheat death or challenge his authority in anyway or whenever another would attempt to steal a soul from his domain.

Very few people tried to venture into the underworld where Hades ruled but there were a few who dared to make this journey. A few of the heroes that did enter the realm of Hades were Heracles, Odysseus, Aeneas, Theseus and Orpheus. Out of all the heroes that did venture into the underworld and managed to return to the world of the living, none were happy with the things they witnessed there.

The people living during this time trembled at the name of Hades and they avoided showing their faces during sacrifices in fear of being taken by him. Some were even afraid to speak the name Hades because they believed it was unsafe to do so. Hades was feared and hated by both mortals and other Gods. This had a lot to do with his morbid personality that he developed from spending so much time in this dark and dreary realm. He very seldom ventured into the light of the day.

Even though Hades was feared by all and associated with dying, he was not Death nor was he an evil God. He was however cruel, just, stern and had pity for no one. Hades owned a famed helmet that made him invisible when he wore it. This helmet was given to him by the Cyclopes. He had a dark chariot driven by four coal-black horses. The two-pronged fork was Hades weapon he used it to destroy anything that got in his way. This is probably where the modern-day image of the devil with a pitchfork emerged from.