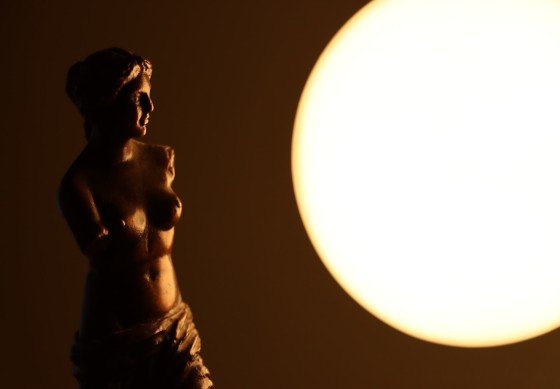 Aphrodite is one of the most well-known gods in Greek mythology. She is known as the goddess of love, beauty, and sexual rapture. In Roman mythology, Venus was called the goddess of love and beauty and Cupid was love’s messenger. There are many tales surrounding the famous Aphrodite, her birth and her life.

To fully understand Aphrodite, you need to know more about her birth, her life and her many lovers and offspring from these sexual affairs. Aphrodite operated on emotion and played on the emotion of others as well. Her love would enamor and seduce even the most strong-willed and her anger could elicit rage and hatred like none had seen before.

The Birth of Aphrodite

According to the story, as told by Hesiod, Aphrodite was born to Uranus (the father of the gods) when his son Cronus castrated him and threw the severed genitals into the ocean. The story says that the ocean began to churn and foam around the genitals and from the aphros, Aphrodite was born.

In a story by Homer, she was called the daughter of Zeus and Dione. Stories say that after her birth, the gods would fight over her hand in marriage and so Zeus married Aphrodite off to Hephaestus, the smith god who was considered to be the steadiest of the gods.

Hephaestus was thrilled with his good fortune and worked hard to create many jewels and prizes for his beloved Aphrodite. Aphrodite loved glamour and fancy things and loved the attention that was lavished on her by the other gods and even mortals. She wasn’t pleased with being married to Hephaestus.

One famous tale explains how Hephaestus made Aphrodite a golden magic girdle, carefully crafted as his finest piece of work with all the best and lavish jewels. Unfortunate for him, this magic girdle made Aphrodite all the more irresistible to those that wanted her, both gods and mortals alike.

Aphrodite and her Mortal Lovers

Of the many mortal lovers that Aphrodite was said to have, the most famous was probably Adonis. Sons of Aphrodite include Eros, Anteros, Hymenaios and Aeneas (from her Trojan lover Anshises). Aphrodite has the festival, Aphrodisiac which was often celebrated in Greece, especially around Athens and Corinth. In these festivals, she had priestesses who were women who represented the goddess and sexual intercourse with them was believed to be a method of worship.

Aphrodite was believed by many to be an old Asian-goddess, much like the Mesopotamian Ishtar and like the Syro-Palestinian goddess, Ashtart. Aphrodite has been attributed with the swan, the dolphin, the lime tree and the pomegranate.

Aphrodite had many powers and abilities that should not be taken lightly. While her promiscuity would cause her to appear uncontrolled, she had the power to affect a number of emotions in both humans and gods and this gave her many powers. Through her children, borne of multiple affairs with gods and mortals, she was able to control a large portion of the world.